Jeopardy of Every Wind

The biography of Captain Thomas Bowrey 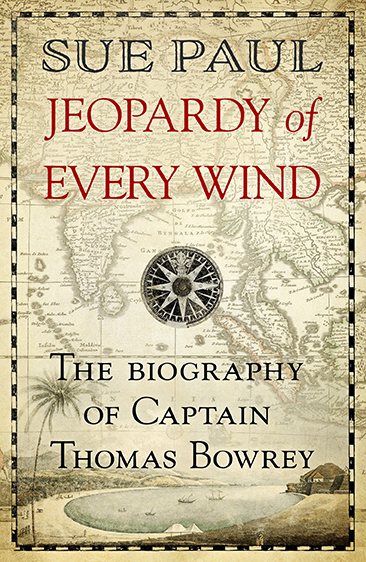 In 1669, fleeing a London decimated by the plague and the Great Fire, a 9-year-old English child arrived alone at Fort St. George, the first English fortress in Mughal India. The boy survived to become a maverick merchant-mariner, an ‘independent’ trading on the fringes of the East India Company.

Captain Thomas Bowrey gained renown in numerous fields. Operating throughout the East Indies and speaking Malay, he would publish the first ever Malay-English dictionary, a seminal work used a century later by Thomas Stamford Raffles, the founder of Singapore. He was involved in the African slave trade to India; he collaborated with Daniel Defoe, author of Robinson Crusoe, in the founding of the South Sea Company; and even penned the first account in English of the recreational use of cannabis.

Bowrey’s shipping interests were many but were plagued by pirates, privateers and mutiny and included the tragic Worcester, an incident that hastened the union of England and Scotland in 1707 and divides Scots and English to this day.

Despite everything, Bowrey amassed sufficient fortune for alms-houses to be built in his name following his death, but his true legacy is his papers that lay hidden in an attic for two centuries and which now shed light not only on the exploits of this remarkable man but also on life and commerce at the start of globalisation.

Sue Paul has retired after many years as a senior project manager in the IT industry. She is an experienced amateur genealogist, who discovered Captain Thomas Bowrey whilst researching her one-name study. She lives in Cambridgeshire with her husband.